You are not alone.

The super majority is at least 140 Million of the 235 million eligible Voters. A powerful 60%, yet politically unrepresented. We like the idea of two parties, similar to how we follow our favorite sports team. We each cling to the anticipation that a majority for the party we lean towards will result in a win for our team. We aren’t winning.

The rest of us mostly stay silent, pound out a living, provide for our families, contribute to our community and are just trying to live our best lives, while the voices of the loudest most extreme American people in and out of government are broadcast into our homes 24 hours a day and amplified across social media. The squeaky wheels are 5% or less of the US population. Yet, corporate news bombards us with boardroom filtered messages about what the most unhinged left or right wing pundit did or said today in Washington or on a competing corporate news network.

The silence from every elected official seems to condone the vitriol. It’s more simple than that, though. They’re just hoping that we don’t notice that neither party has accomplished anything in most of our lifetimes. They’re hoping that those of us who are still rooting for our team will vote accordingly. They’re counting on the system working exactly as it was designed over centuries to protect party interests. And that our team loyalty will contribute to maintaining centuries of party control.

The system has existed for over 100 years, except now, there are no longer any Party Moderates, who historically kept the two parties talking “across the aisle” focusing on the interest of their constituents. Corruption always existed, and it’s likely to always exist. Now, it’s become exceptionally intolerable because Congress is 100% unresponsive to the priorities of most Americans and has a near negative regard for future Families.

I see it this way, and maybe you can, too. The red and blue parties are just starting points that have been around for centuries. We’ve let ourselves be dragged into a struggle that claims to have better solutions for problems. We dutifully vote, time and again, the same problems exist, we vote again.

Now, 21 years into the 21st Century, after the same problems have existed for all of our lifetimes, 43 million Americans live in poverty, the government is the largest one in history and assimilates every tax dollar, while borrowing nearly $29 Trillion.

Affordable Priorities of Most Americans

Podcast Audio Affordable Priorities is a proposed Common-Sense Standard of American Values on a Budget. Most Americans are the super-majority of citizens. The flipside to the noisy extremes that get all of the attention from Read more… 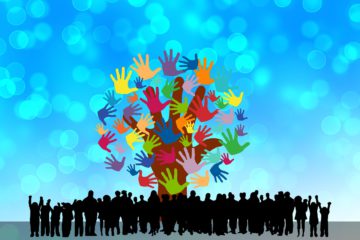 My Vote Matters Because There Are 140 Million Exactly Like It!

Podcast Audio If you’re an American fed up with the non-sense radiating from Washington D.C. then please listen. First, let me say. You’re not alone. You are not alone > In fact, you are in Read more…

If you’re an American fed up with the non-stop non-sense radiating from Washington D.C., then please listen. I believe that there’s a way for Us to make Congress more responsive without changing the system. First, Read more…